Under the warmongering dialectic of the virus as an enemy to be defeated, we are facing hyperstimulation of the social imaginary of the virus as a pathogen, as an infectious agent. This narrative leaves aside the power of the viral agent as a condition of possibility of horizontal transfer of the genetic material and therefore, of the microbial evolution. Classified as one of the most deadly entities,Phages are in that between the not quite alive and not quite death, a kind of dark force of evolution. The figuration of the bacteriophage places us not only before the measurement of life from death but before the impossibility of an aseptic life. This figuration allows us to glimpse once again how fictions, or phantasmagorias, of both disinfection and threat, articulate politics that govern over death. These fictions are in the base of the material conditions of structural violence, showing that we do not have a global world, but have a global capital, which in turn reveals mobility as a perverse privilege fiction.

In a context where necropolitics has been delegated solely and exclusively to governments and disciplinary agencies, where in the environmental crisis there seems to be a consideration of life as surplus, Can we articulate a re-politicization of the malaise? Can we think of new models of accountability? How to confront suffering? Are we able to confront some less-than-pleasant thoughtsthat emerge when we think about the pandemic crisis, environmental struggle, and justice? What alliances can be woven in this context of precariousness, life, death, and malaise?
Perhaps taking the Phageas a contradictory figuration, entangled between the power of life and the power of death, between Biosand Thanatos, between no longer and not-yet, between struggle and mutual aid, we can actively consider what political, aesthetic and affective imagination we are able to activate (with)in this situation(s). 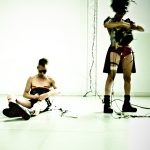 Quimera Rosa is a nomadic lab created in Barcelona in 2008 that researches and experiments on body, technoscience and identities. Our aim is to develop practices able to produce non-natural cyborg identities from a transdisciplinary perspective. They assume Donna Haraway’s notion of cyborg, that defines it as: “chimeras, theorized and fabricated hybrids of machine and organism.”Aware of transfeminist and post-identitary discourses, they seek to experiment with hybrid and flexible identities that can blur the frontiers of the binomials of modern Western thought. Most of their work is done in a collaborative way, always free of proprietary codes. It has been presented in streets, contemporary art centres, bars, galleries, universities, concert halls, colleges, discos, museums, squats, festivals and theatres. 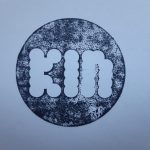 Kinlab is an interdisciplinary hub in the San Siro neighbourhood in Milan which will be run by multiple subjects, among those Maddalena Fragnito and Zoe Romano. During the last two years, Maddalena Fragnito and Zoe Romano have been working together on the DSI4EU project and the “Rebelling with Care” publication (2019). Zoe Romano is an independent researcher, craftivist, digital strategist e lecturer focused on social innovation, women in tech, technology, open design. Maddalena Fragnito, a PhD doctoral student at the Centre for Postdigital Cultures (UK), is a cultural activist exploring the intersections between art, transfeminisms, critical theory, technologies and politics; and focusing on practices of commoning social reproduction. 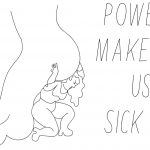 Power Makes Us Sick (PMS) is a creative research project focusing on autonomous health care practices and networks from a feminist perspective. PMS seeks to understand the ways that our mental, physical, and social health is impacted by imbalances in and abuses of power. We understand that mobility, forced or otherwise, is an increasingly common aspect of life in the anthropocene. In this quest for placeless solidarity, we start with health. PMS is motivated to develop free tools of solidarity, resistance, and sabotage that are informed by a deep concern for planetary well-being. 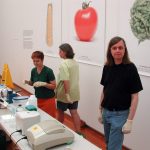 Steve Kurtz PhD, Professor Emeritus of Art at the State University of New York, is a founding member of the internationally acclaimed art and theater group Critical Art Ensemble (CAE). Founded in 1987 by Steven Kurtz and Steve Barnes, CAE is an award-winning collective of artists of various specializations dedicated to exploring the intersections between art, technology, political activism, and critical theory. For three decades CAE has produced interventions and provocations that examine questions surrounding information and communication technologies, biotechnologies, and environmental struggle. 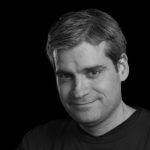 Toni Gabaldón  PhD, Research Professor at the Institute for Biomedical Research (IRB) and the Barcelona Supercomputing Centre (BSC). He is a researcher interested in understanding how organisms, populations and complex ecological communities adapt, and how their properties and traits originate and evolve across the tree of life. He does so from a comparative genomics perspective and using interdisciplinary approaches that comprise both experiments and computation. Among other things he has projects directed to understand the origins and evolution of emerging pathogenic microorganisms, or what is the impact of hybridization and other forms of non-vertical evolution. He is interested in the popular communication of science and in adopting novel approaches such as citizen-science to remove barriers between science and society, and empower citizens. 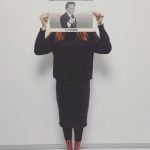 Laura Benítez Valero PhD in Philosophy, is a researcher and independent curator. Her research connects philosophy, art(s) and techno-science. Currently her work revolves around the practices of bioart, biohacking, bio-resistance processes, civil biodisobedience and non-human agents. She is a Lecturer of Critical and Cultural Studies at La Massana (Art and Design Centre) and Lecturer of Technology and Design at Elisava. She has been a guest researcher at the Ars Electronica Centre and the MACBA documentation centre. She has also been invited to different international institutions such as Interface Cultures Kunstuniersität Linz, Sónar Festival (Bcn/Hong Kong), Royal Academy of Arts London or University of Puerto Rico. She currently collaborates in different research projects, both academic and autonomous, and is a regular collaborator of Hangar.