An art production and research residency by Lena Ortega (MX).

Re-thinking space is one of the most important challenges of our contemporaneity. The incorporation of spatiality in our ways of being in the world today urges us to think space differently. In contrast to our previous perception (space as: hegemonic, linear, static, the counterpart of time, or an empty box to be filled) we nowadays experience space as a product of interrelations, as the sphere of the possibility of the existence of multiplicity and always under construction. Raging from the immensity of global to the intimately tiny: we understand space as open and alive. During her stay at Cultivamos Cultura Lena Ortega will develop work around different possibilities of the spatiality of the barn with the interest of making visible and tangible other ways of inhabiting it. She will create a dystopian world with light, crystals, and a web of human cocoons made with thread.

Lena Ortega is a Mexican-American artist, graphic designer and researcher based in Mexico City whose line of inquiry is mainly the category of space as the product of relations. After working in strategic graphic design for over a decade she began producing artworks with the main interest of bending and folding space through immersive installations with light, video, and other media.
She is the founder and director of the art gallery ComitanCatorce, where emerging and consolidated artists have the opportunity to present their projects, workshops and exhibitions.
A member of the interdisciplinary group: Arte+Ciencia based at the National Autonomous University of Mexico (UNAM) and also member of the art collective: Bios Ex MachinA (workshop for the fabrication of the human and the non-human). She holds a MFA from UNAM and a specialization in Media and Design for print from San Francisco State University. In 2012 she participated in the exposition: Without Origin, Seedless which was the first in its kind in Mexico.
Since 2011 she has been teaching design at UNAM. She completed a research residency in 2011 in the Light Laboratory of the Polytechnic University of Valencia and in 2010 she was awarded with a scholarship from the government of Japan to study a course in design administration in Tokyo. 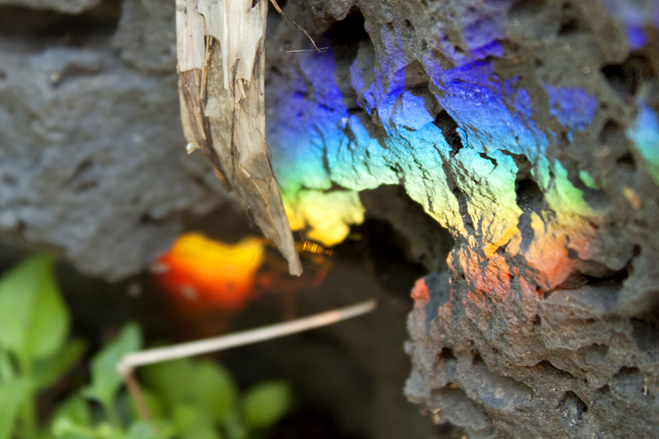 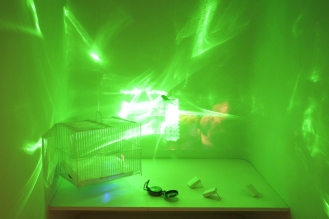 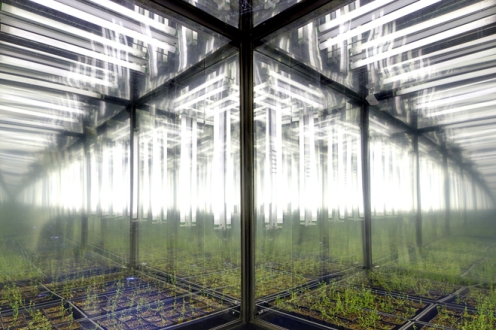